Recession tourism is a travel trend which evolved by way of the world economic crisis. Recession tourism is defined by low-cost and high-value experiences taking place of once-popular generic retreats. Various recession tourism hotspots have seen business boom during the recession thanks to comparatively low costs of living and a slow world job market suggesting travelers are elongating trips where their money travels further.

Tourism can be domestic or international, and international tourism has both incoming and outgoing implications on a country’s balance of payments. Today, tourism is a major source of income for many countries, and affects the economy of both the source and host countries, in some cases being of vital importance.

Modern tourism can be traced to what was known as the Grand Tour, which was a traditional trip around Europe, (especially Germany and Italy), undertaken by mainly upper-class European young men of means, mainly from Western and Northern European countries. The custom flourished from about 1660 until the advent of large-scale rail transit in the 1840s, and was associated with a standard itinerary. It served as an educational opportunity and rite of passage.

Travel outside a person’s local area for leisure was largely confined to wealthy classes, who at times travelled to distant parts of the world, to see great buildings, works of art, learn new languages, experience new cultures, and to taste different cuisines. As early as Shulgi, however, kings praised themselves for protecting roads and building waystations for travelers. During the Roman Republic, spas and coastal resorts such as Baiae were popular among the rich.

The growing popularity of teaching and learning

Educational tourism is developed because of the growing popularity of teaching and learning of knowledge and the enhancing of technical competency outside of classroom environment. Educational tourism describes the event in which people travel across international borders to acquire intellectual services. In educational tourism, the main focus of the tour or leisure activity includes visiting another country to learn about the culture, study tours, or to work and apply skills learned inside the classroom in a different environment, such as in the International Practicum Training Program.

A pioneer of the travel agency business, Thomas Cook’s idea to offer excursions came to him while waiting for the stagecoach on the London Road at Kibworth. With the opening of the extended Midland Counties Railway, he arranged to take a group of 540 temperance campaigners from Leicester Campbell Street station to a rally in Loughborough, eleven miles away. On 5 July 1841, Thomas Cook arranged for the rail company to charge one shilling per person that included rail tickets and food for this train journey.

Cook was paid a share of the fares actually charged to the passengers, as the railway tickets, being legal contracts between company and passenger, could not have been issued at his own price. This was the first privately chartered excursion train to be advertised to the general public; Cook himself acknowledging that there had been previous, unadvertised, private excursion trains. During the following three summers he planned and conducted outings for temperance societies and Sunday-school children. 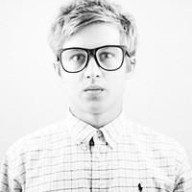 Taras Dashkevych is a founder of Themes Harbor. He specializes in creating simple, elegant, and powerful website designs. His passion for design can be seen through the clean lines and inspired themes that he creates for people all around the world. Connect with him @TarasDashkevych.